It does not always happen to other people

Dr. Clemens Ladenburger is Assistant to the Director General of the Legal Service of the European Commission. He is one of the legal architects of the 2015 open borders policy.
He had a 19-year-old daughter, Maria Ladenburger, who studied medicine at Freiburg University, Germany.
Maria shared her father’s social conscience.
She was a member of an ecumenical Christian group, “Towards a new solidarity”, that actively supports refugees. She was also part of a group that collects money for refugees in Freiburg.
On October 19, 2016, Maria was brutally raped and drowned in the Dreisam River.
At the funeral her parents, true to the family’s social conscience, asked that mourners not bring flowers, but instead donate money to a church project in Bangladesh and to a student organization that agitates against the deportation of failed asylum seekers.
The police have now caught the murderer, who has confessed.
He was a 17-year-old Afghan refugee who had arrived in Germany in 2015 and was living with a Freiburg guest family.
In the majority of cases in Germany, an asylum seeker’s age is based on physical appearance and an interview. I presume they will now be allowed to carry out physical tests to ascertain his age.
They suspect he may also be responsible for another rape and murder.
Rapists are usually found through the use of DNA.
Not in Germany, as there are many restrictions on its use during an investigation. For example, the police are not allowed to ask for the DNA results for gender, skin colour or ethnicity.
In practice, DNA can only be used at the end of an investigation to check if you have the right person.
The police found some partly dyed hair at the crime scene where she was murdered. Then they scanned the security videos to see if they could find anybody with the same partly dyed hair colours. That is how they found the suspect.
Their suspicions were confirmed by a DNA match.
When Dr. Landenburger and his colleagues were formulating the 2015 open borders policies, they knew there would be "incidents". There were going to be crimes committed, including rape and murder.
This, the would say, is the unfortunate price that must inevitably be paid for "helping millions of people".
What they did not presume, is that they would have to pay the price themselves. That one of their daughters would be the victim of rape and murder.

Rest in peace Maria Landenburger. You tried to do some good in this world.
May her memory be a blessing. 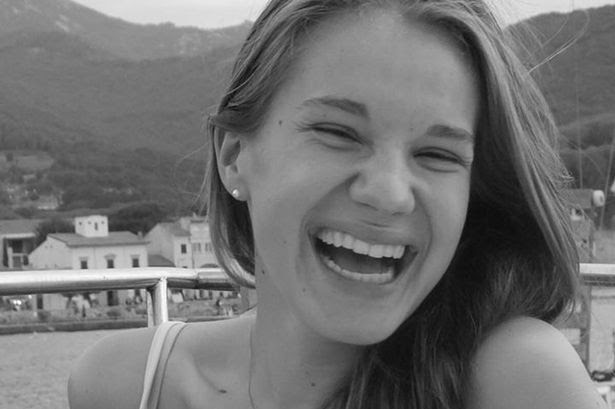